Welcome back everyone, I am Alley Jean and this is my dog Kingsley, and today we are setting the time machine controls for 1898. (Sound of time machine blasting off!)

So here we are in Honshu, Japan. I’m hiding the time machine much better this time in a more lush mountainous forest. It’s autumn here and the maples are amazing. The most beautiful yellow I’ve ever seen is a tree called the ginkgo.

Kingsley and I are going to trek to the town of Hamamatsu. This is where the founder Torakusu Yamaha lives and is designing the first official logo. He started off as a repairman who worked on medical equipment as well as musical instruments. His grand idea was to develop a multi-faceted corporation. While working on repairs for an organ he decided to use his last name to brand the company, Yamaha.

The town is lively with people going about their day. They are dressed in Kimonos but some of the men are wearing western-style suits. The streets have some people traveling on horse while others are “shank’s mare” which is a phrase of traveling on foot. The place is really special. It is coastal and even has a castle made of wood and stone. Although the people seem very curious of us they all smile as we walk by. We reached the home of Torakusu Yamaha. He answers the door.

He nods and seems confused why a Westerner would be at his door.

I handed him a letter I had printed out in Japanese explaining I was an artist interested in his logo.

He reads it and smiles. Then holds it up into the sunlight examining a print he has never seen. He flips it over and over. He feels the paper, rubbing it between his fingers.

He hands the letter back to me and I believe he said. “Come in, come in” because he waved us in.

I bowed before entering while keeping eye contact. That’s how it’s done. As I entered he pointed at my shoes. Before I could even get them off a woman begins talking very excitedly and begins petting and hugging Kingsley. They have never seen such a dog. She is speaking to him and he tilts his head back and forth while giving “the golden retriever lip.”

We walk into a little artist den and it’s decorated in several rugs and cultural silk banners hanging from the ceiling. His desk is covered in brushes and watercolors. The logo is drawn out in several different stages. Some were even in color. The original logo is fantastic and one of my favorites. Mr. Yamaha seems very proud and he should be. The ornamental design is a “Ho-oh” Chinese phoenix also known as a “Ho-oh” holding a tuning fork in its mouth. The logo was created to express world-class products and it truly hits the mark. The design would go on to be first used on top-quality organs.

Later on, in the 20th century, the Yamaha logo would be simplified using three tuning forks. Mr. Yamaha wanted to represent the cooperative relationship that links the three pillars of his business of technology, production, and sales. He also wanted the mark to symbolize the three essential musical elements: rhythm, melody, and harmony.

The original logo is artistic, nature-based, and has a flowing intrigue that I prefer. I would love to own one of the original organs with this logo. If I could fit one in my time machine I would.

We are guided to a table where we are given tea and food. Mr. Yamaha creates a Sumi portrait painting of Kingsley before we leave. They seem to really have a love for Kingsley. Before we leave I write down the breeder of the English Golden Retriever in Scotland so they can find their own furry companion. This has been one of the best travels yet.

Everything went smoothly until Kingsley and I got back to the time machine. What we thought were five harmless Macaque monkeys, also known as snow monkeys were playing on top of the time machine. suddenly one monkey began shaking a tree and an army of them poured out of the forest. All I remember was high-pitched screaming on top of my own. Longtails everywhere. First Kingsley was being dragged away. Then I was being dragged away! I couldn’t get over how weirdly cute they were even though I was terrified.

Finally, we were able to get through the chaos and make our way into the time machine. I have never set the time controls so fast and we set off immediately for home.

Then I noticed that one Macaque monkey made it inside with us!

We land and as soon as I open the door he escaped! OMG!

If anyone sees a snow monkey in Southeastern Michigan, please contact Alley Jean at alleyjean.com so we can safely return him to his family and correct time in history.

Join me next week for another Alley Jean’s Brand Time Machine travel!

Ps. Kingsley now has his own email address. If you would like to get in contact with him, please email him at kingsley@alleyjean.com 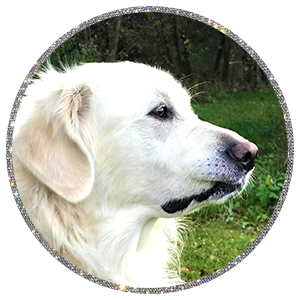